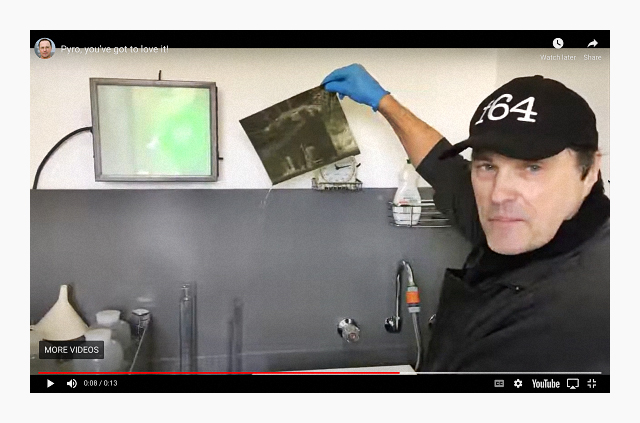 This intermediate/advanced Studio Workshop explores the unique qualities and advantages of B&W film. Film is exposed, calibrated, and processed for both analogue optical printing and digital editing and pigment inkjet printing. Traditional values and photographic processes combine to produce exquisite BW images of a quality that is difficult to obtain in a digital workflow. Small, medium and large format film processing is covered, including the extraordinarily eloquent qualities of staining developers, the remarkable effects of acutance development, and dynamic range expansion and compression processing. Pictorial design concepts such as Static and Dynamic Unity help qualify the significant aesthetic advantages and unique spatial qualities that film automatically confers. Specific topics that have been covered in this workshop include:

The workshop is conducted through a series of experiments, darkroom demonstrations, film calibrations, and practical applications in our studio and surrounding environment. Small, medium and large format film cameras are covered and B&W film is selected, exposed, processed and calibrated during the workshop. The aim is to understand and work with the advantages of film based capture without compromising efficiency while obtaining analogue images of the highest quality. The refreshment and lunch breaks also allow processed film to dry and other time based activities to not interrupt the workshop’s overall flow and progression, while video conferencing and remote desktop software enables real time interactions between attendees and their film based workflows.

The workshop is also supported by a resource rich website including detailed course notes, videos, and calibration data for different film/film developer combinations.